“What about you?” A question you would, almost certainly, have been asked if you ever ever been to, or met anybody from, Northern Ireland.

And a question you, most definitely, WILL have been asked if you have ever had the temerity to speak out about poor crowd behaviour at a Scottish football ground. To be more exact, if you have ever spoken up about the behaviour of fans that don’t follow your own team.

I don’t care what team you follow, nor what you think your “reason” is… gonnae stop throwing stuff at football matches? https://t.co/xnn3DzoHqO— View from Gorgie (@ViewfromGorgie) February 28, 2019

So far over four hundred and fifty people have liked that tweet, which I have been delighted to see. (and before anybody says anything, I realise I had a wee grammar brain-fart)

But… predictably …I have also had more than a few “What about YOUR fans?”, “Hearts fans don’t have the moral high ground here”, “Tell that to fans that attack managers in the away dug out”, types of replies.

Firstly, If anybody has ever seen my reactions to such behaviour, you will have seen that, personally, I would like MY club to clean up its act (or at least the acts of its fans) regardless of whether any other club sorts out its own trouble makers.

It doesn’t help players like Morelos, Zlamal and Boyd who have recently been shown on camera having objects thrown at them… some hitting, some missing.

And whataboutery certainly does’t help Neil Lennon, also shown being hit by a coin recently. Ironically at Tynecastle, where of course he was infamously the subject of an assault. As was the afore mentioned Zlamal recently, when he seemed to be punch by a Celtic fan as he walked behind his goal to retrieve the ball.

The Scottish Government tried, and ultimately failed, to sort it out. Their Offensive Behaviour at Football act was, unfortunately, massively flawed.

Certainly, in terms of convictions, it was a pretty useless piece of legislation. However, in terms of acts, such as coin throwing etc, it did seem to keep more of a lid on things.

The current level of missile throwing, sectarian singing and racial abuse would seem, at least from my own point of view, to be caused by the removal of that act giving some of the more misguided in our society a green light to perpetrate whatever acts they see fit once they step inside a football stadium.

The violent behaviour – including coin throwing, sectarian and racist abuse HAS to stop.

None of these acts would be tolerated in any other part of society. It MUST now be stopped within football.

For me, even as the fan of a club that stands a very real chance of having the book thrown at it, strict liability is now the only way forward if we are to ever achieve that goal.

In the last couple of weeks, pundits and journalists have been putting their heads above the parapet and calling out these acts, as well as pushing for strict liability. Hopefully they maintain and, if possible, step up that pressure. Because, let’s be honest, without that pressure, our clubs… most of them …will do absolutely nothing, other than perhaps having a vote they already know the outcome of, to bring about the change that is very much needed in our game.

We, as fans, also need to make our voices heard.

This site uses Akismet to reduce spam. Learn how your comment data is processed. 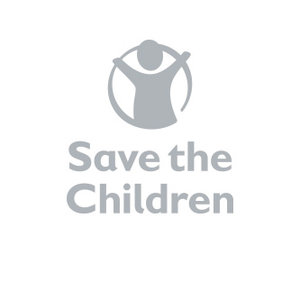 100% Acrylic to keep your heads nice and warm

RT’s are very much appreciated ❤️🇱🇻

This website uses cookies to improve your experience while you navigate through the website. Out of these, the cookies that are categorized as necessary are stored on your browser as they are essential for the working of basic functionalities of the website. We also use third-party cookies that help us analyze and understand how you use this website. These cookies will be stored in your browser only with your consent. You also have the option to opt-out of these cookies. But opting out of some of these cookies may affect your browsing experience.
Necessary Always Enabled
Necessary cookies are absolutely essential for the website to function properly. These cookies ensure basic functionalities and security features of the website, anonymously.
Functional
Functional cookies help to perform certain functionalities like sharing the content of the website on social media platforms, collect feedbacks, and other third-party features.
Performance
Performance cookies are used to understand and analyze the key performance indexes of the website which helps in delivering a better user experience for the visitors.
Analytics
Analytical cookies are used to understand how visitors interact with the website. These cookies help provide information on metrics the number of visitors, bounce rate, traffic source, etc.
Advertisement
Advertisement cookies are used to provide visitors with relevant ads and marketing campaigns. These cookies track visitors across websites and collect information to provide customized ads.
Others
Other uncategorized cookies are those that are being analyzed and have not been classified into a category as yet.
SAVE & ACCEPT